Led by enthusiastic film student David, four near strangers travel to an abandoned monastery MARGAM, to embark on a weeks filming.

But when Debbie, David’s elusive childhood friend begins to lose face, tensions build and soon a lot more than the future of the project becomes at stake.

Trapped in a story they haven’t written, who plays the part of director and who the cast… 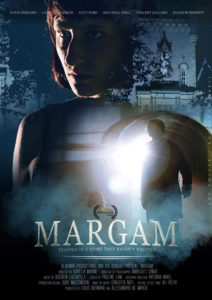